What’s the first term that comes to your mind when you think about Tesla? A car company, right?

But Tesla is much more than just electric cars.

Popularized as the “iPhones on wheels,” just like Apple’s iPhone, Tesla made a technological leap from being just another electric car company to a leader in the auto-driven genre.

Like Apple, Tesla has built its brand based on aspirational products and exclusivity, making it more of an AI company for cars and not just an automotive company.

Having started just as an electric car company, Tesla has taken a leap in the AI world with its self-driven car project based completely on data labeling and machine learning algorithms.

How AI Can “Teach” Cars to Drive on Their Own

Self-driving cars aren’t unicorns - they rely on AI leveraging machine-vision cameras and innovative sensors to interpret images and decide what to do next.

According to Andrej Karpathy, Head of AI, by 2035, autonomous cars will no longer be a surprise - and, for that to happen, Tesla needs a plethora of accurate training data to feed their AIs.

The solution, however, is not more data but quality data. The better the training data quality, the better will be the result of the machine learning algorithms.

However, Tesla AI has a competitive advantage as it crowdsources all the data from the thousands of Teslas on the road - from internal and external sensors to drivers’ behavior during certain situations and even how often humans touch the touch boards or the steering wheel.

That’s what we call the “imitation learning” - where Tesla's machine learning algorithms learn from their movements, decisions, and even reactions that are crowdsourced from real drivers on the road worldwide. Thanks to their incredible tracking system!

For instance, when a Tesla vehicle makes an incorrect prediction about the behavior of a car or bicycle, Tesla saves a data snapshot of that time, adds it to the data collection, and then reproduces an abstract representation of the scenario using color-coded shapes that the neural network may learn from.

“Tesla's machine learning algorithms learn from their movements, decisions, and even reactions that are crowdsourced from real drivers”

Whereas, other Tesla competitors are still stuck with synthetic data and video-game-like abstracts and stimulations, which is comparatively far inferior than the real-world data approach Tesla has taken to train their AI.

Importance of Labeled Data for Self Driving Cars

Quality labeled data is at the root of Tesla’s self-driving project and the default way to go about it would be to get it labeled by fellow humans, which is time-consuming and quite expensive. But Tesla’s take on it is different because it relies on real-time automatic labeling of data by taking humans out of the loop.

The reason behind Tesla’s lead position in the genre of self-driven cars, is the real-time data it collects from its fleet every minute. By using the extensive dataset collected from millions of vehicles on the road worldwide as training data for AI systems - Tesla’s Autopilot features are getting better by a notch everyday.

However, it's not certain that all the data collected by the snapshots will be reliable - and, thus, labeled data comes as a last resort. That’s the reason, Andrej Karpathy, Tesla’s head of AI and computer vision, revealed last year that Tesla only had “a few dozen” engineers working on neural networks, but now, they have a “huge” team working on labeling. As data is at the core of Tesla, the more accurate annotation is, the better the machine learning algorithm performance will be.

Tesla’s Autopilot project has included 300 engineers plus more than 500 skilled data annotators, and the company plans to enlarge the data annotation team to 1,000 people to support the data labeling process.

How Does Labeled Data Help Tesla AI Weave Its Magic

When Elon Musk first announced a neural network training computer called “Dojo” in 2019 with regard to achieving vision-only autonomous driving - we knew something big was on the horizon.

As cameras are more effective than lidar or radar, we even saw the Head of Tesla, Andrej Karapathy advocating the same.

While many autonomous vehicles rely on lidar and high-definition maps, Tesla relies on the vision-based approach that primarily uses neural networks and can function anywhere on Earth.

As Musk says, the “Tesla Vision” system uses only vision cameras and neural networks to understand what is happening around, and respond accordingly.

“Replacing a “meat computer,” or rather, a human, with a silicon computer results in lower latencies (better reaction time), 360 degree situational awareness and a fully attentive driver that never checks their Instagram”.

Besides, Tesla's feature of pedal misapplication mitigation aids prompt identification of pedestrians on the path or the lack of driving path ahead is a major step in preventing road accidents as well - thanks to the eight cameras that collect video at 36 frames per second.

There's not much difference between a child and an autonomous vehicle when it comes to the prediction model of Tesla’s AI. Just like you teach a child to identify, think, and speak - you need to teach the autonomous vehicle to recognize the presence of something in its environment, identify it, predict the actions it might take, and then navigate it safely.

“The Tesla AI doesn't need human interference to label data, and is capable of training its neural networks with the real-time data collected from its vehicles.”

Adopting such an approach is important for the vehicle to encounter the VRUs safely, that is, the vulnerable road users. Such users are generally the vehicles are not safely guarded by a steel cage, and lack the protection of safety devices such as seat belts and airbags like scooter riders, cyclists, unprotected road occupants and pedestrians.

With the ability of prediction, it's possible to anticipate the movements of the vehicles, VRUs, and pedestrians ahead of time. Thanks to Tesla's abundant resource of 500,000 vehicles worldwide - whenever Tesla makes a wrong prediction about a pedestrian or a car, it takes a snapshot and uploads an abstract representation of the scene produced by its computer vision neural networks to the dataset.

The Tesla AI doesn't need human interference to label data, and is capable of training its neural networks with the real-time data collected from its vehicles. The goal behind such object detections isn't to predict common human behaviors but to collect data with rare behaviors for better understanding and prediction.

Path planning is crucial for understanding the actions of a vehicle without any manual assistance. Even though it seems impossible to predict any future actions of any vehicle - it is possible if the neural networks can understand and execute like humans in certain situations. And, that's what Tesla’s Artificial Intelligence leverages as imitation learning.

“For Tesla, imitation learning is much more focused on predicting the driver’s behavior than the behavior of the other elements on the road.”

In imitation learning, the training process of an automated vehicle, however, is similar to how you teach behavior prediction to neural networks by drawing correlations between the past and the future - between what it sees via the computer vision neural networks and the actions taken by human drivers.

Apart from this, Tesla is also using imitation learning for certain tasks related to driving - such as making a turn around steep curves, changing lanes when on the highway, and more.

Once the data is uploaded, no human labeling is required with prediction because the neural network can predict how a human driver would react in a given situation. For Tesla, imitation learning is much more focused on predicting the driver’s behavior than the behavior of the other elements on the road.

Undoubtedly, the vision-only approach has ample scopes to scale but maintaining, collecting and building high-definition maps is quite challenging. But suppose the neural networks responsible for object detection can collect and process bulk data at an unmatched speed that matches the velocity recognition ability of humans. In that case, only, scaling is possible.

According to Karapathy, considering the challenge as a supervised learning problem can be the probable solution. He also added that the engineers testing Tesla’s Autopilot hardly come across any interventions while driving across sparsely populated areas, but they “definitely struggle a lot more in very adversarial environments like San Francisco.”

Even though we are on the path of a groundbreaking AI project, things like human-machine interaction and vehicle-vehicle intervention are yet to be figured out - and thus self-driven cars are still a work in progress. However, with more research and efforts, self-driving systems will surely be intuitive, safe and revolutionary in the future.

Tesla, at its core, is a data company, using machine learning to create autonomous driving a reality. The company's unique approach to developing these technologies has the potential to change the way automobile industries operate. Tesla's combination of electric vehicles and autonomous driving technology has the potential to revolutionize the transportation industry forever.

Besides, the company's experience in developing and manufacturing electric vehicles by taking Tesla AI to the next level - gives it a unique advantage in the development of autonomous vehicles. Tesla is making self-driven cars a reality - all thanks to its unique data collection and implementation process that differentiates it from the rest of the electric cars and puts it ahead of its competitors.

7 Signs that your AI data labeling operations need an upgrade

5 min read
Introduction Imagine running a business without artificial intelligence today - you would either have a 7-day workweek or no business…
Nov 17, 2022
Vikram Kedlaya Vikram Kedlaya 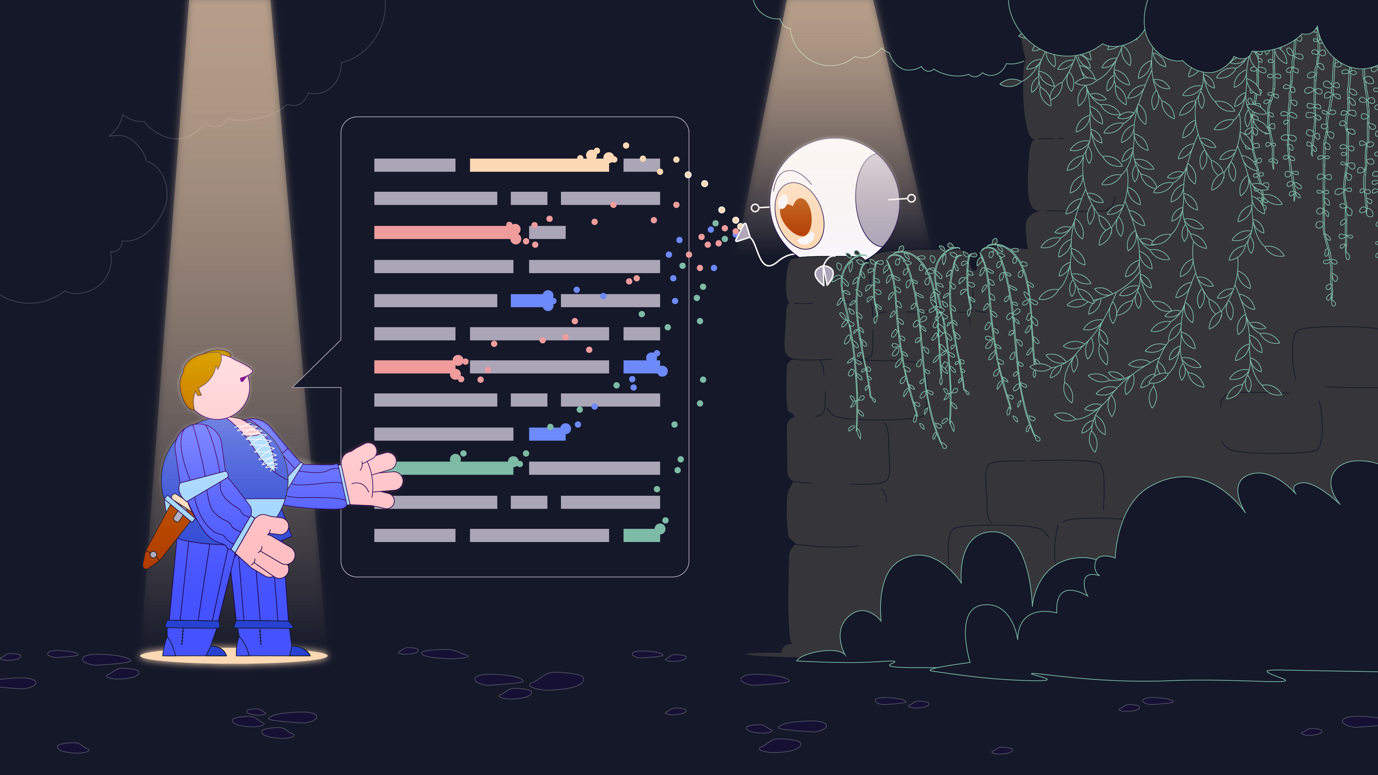 NLP: Redefining the future of eCommerce 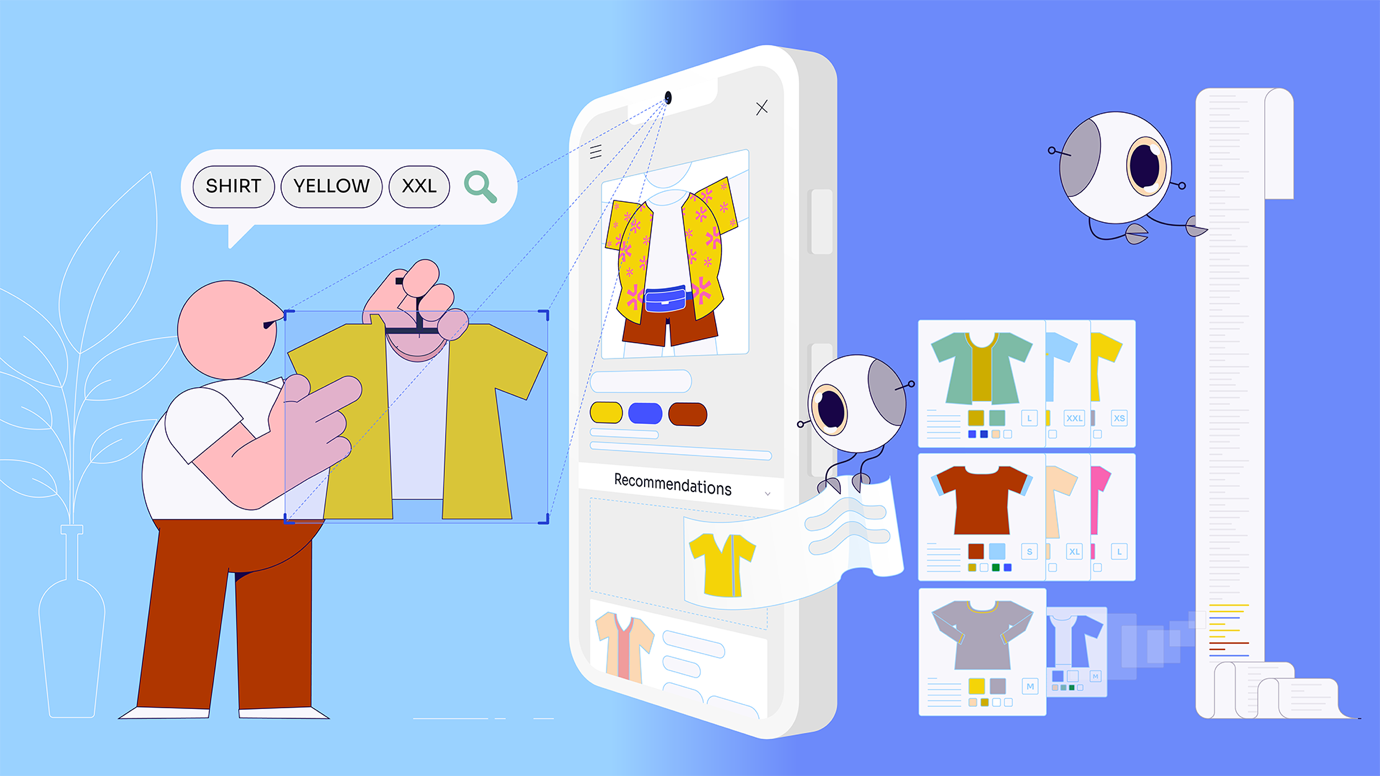 What role will Computer Vision play in the future of eCommerce?

6 min read
Computer Vision applications are transforming eCommerce, with enterprises predicted to deploy computer vision technologies in order to drive seamless omnichannel shopping experiences, bringing clear benefits to both customers and retailers.
Sep 2, 2022
Vikram Kedlaya Vikram Kedlaya
Great! Next, complete checkout for full access to Taskmonk.
Welcome back! You've successfully signed in.
You've successfully subscribed to Taskmonk.
Success! Your account is fully activated, you now have access to all content.
Success! Your billing info has been updated.
Your billing was not updated.